1st Hoodie of the Season 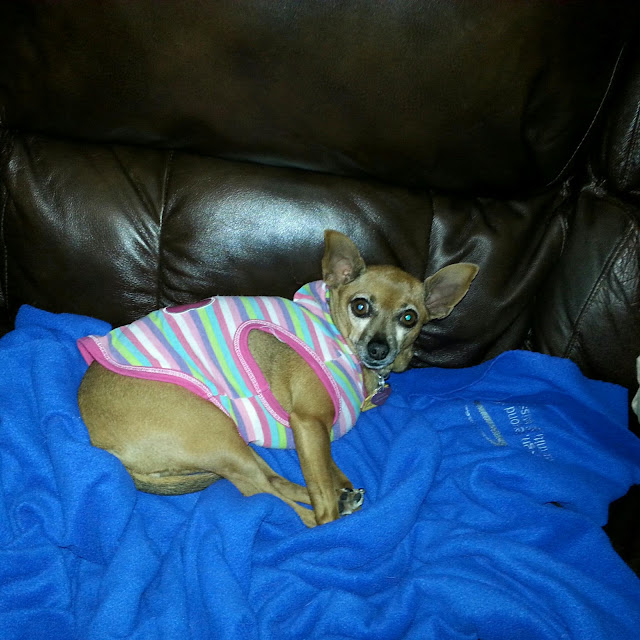 This has been our lives since moving to Arizona.  I'm talking about that revered and possibly passe thing called a "landline".  Steve and I have kept it and our Orange County number for many reasons but once we got here we started having a multitude of annoying, frustrating and just plain maddening problems!

What problems you ask?  Let's see:

The quality.  Either we feel as if we're talking to people who live underwater, are being electrocuted or just in general can't hear us.

Here are just a few of our typical phone exchanges as reference:  I was trying (literally) to chat with my mom and the phone would go dead, they pierce my ear with a high-level shrill and then hang up.  This happened 4 times in one conversation.  Next morning, the same thing happened several times while talking with Adam, our son.

The week before I was (again) trying to interview someone for an article and the same thing kept happening.  Makes me feel extremely unprofessional to keep calling the same person back over and over again.

It's not a new thing, as I mentioned.  At first we thought-well we do live on the outskirts of society, maybe it's the same power grid problem as our electricity that's causing the problem?  Steve went to Sprint (they supply our landline) and they suggested a booster.  That was supposed to cure the problem.  Obviously it did not.

Then we rationed that it must be our phone batteries-after all, we had had the phones for a number of years so maybe new batteries would help.  They also did NOT.

After trying the booster and new batteries, we decided to try buying new phones.

Nope, in fact then we had an added little snag-if someone called us while we were on the phone (otherwise known as call-waiting) the receiver went into a high-fevered pitch of a squeal that immediately cut off the person we were not only talking too, but the one calling us as well!

After almost 3 years of this nonsense, we unplugged the booster and the Sprint box and we took it to the "tech" store for new equipment.  We figured this could be old stuff and maybe the new generation of torture would let us make and receive phone calls normally once again.

Well, the nice man named Victor tried for 2 hours to activate the box.  He suggested we go run our errands and come back.  We returned and he said that the main tech support people didn't know what was wrong but told him the box was defective and try the last one they had.  We let him know that we had to drive 30 minutes to pick up our grandkids at 3 p.m. so he had until then.  We all laughed since it 1 o'clock.

We shouldn't have laughed.  At 2:35 we were still there, waiting.  Poor Victor was still holding for more ideas to try.  Finally, we left everything in his care to go get the boys.  He promised to call us when they figured it out.

After we got in the car I texted our immediate world and let them know that until further notice they could only reach us via our cell phones.

8 o'clock that evening Steve got a call from Victor letting him know that the system finally had been started up.  With that knowledge out of the way-Steve left early for work the next day so he could pick up our new equipment.

Now comes the real challenge-will it make this landline work?  Will we be able to hear, speak, call and receive phone calls?

That my friends is fodder for another blog!

Al G turned his cancer into a helpful passion

This month's senior profile deals with the heavy subject matter of lung cancer.  Read all about how one man turned his diagnosis into a cause to help other seniors: