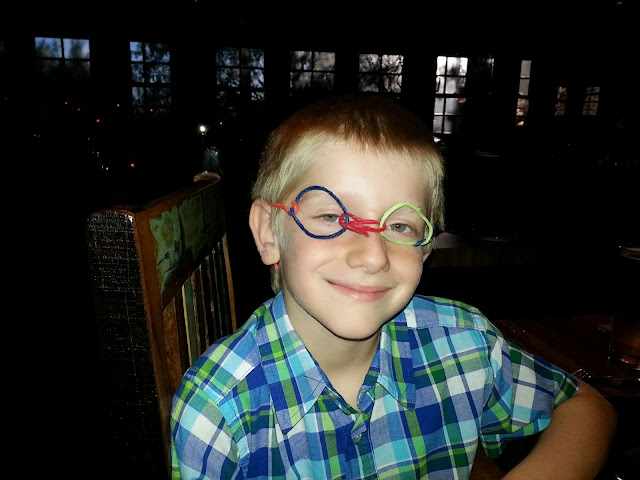 This restaurant knows how to get kids to behave. Dylan's creation 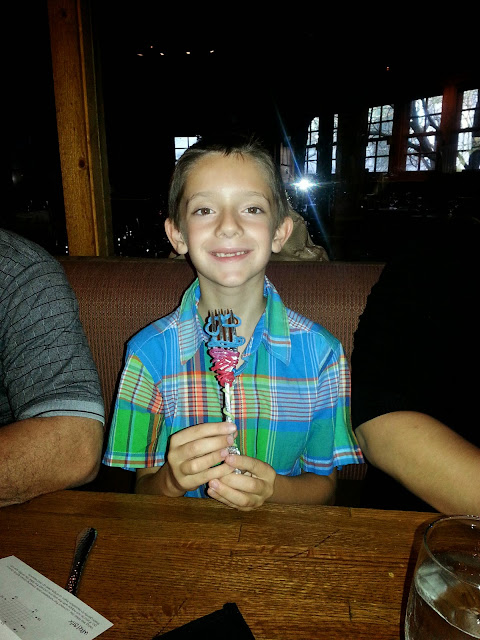 I know it sounds as if I like to complain, at times, but I don’t-really.

A couple of months ago I “won” a prize of some organic kids’ meals from a new company.  A month later I realized that I never received the food, vouchers to pick them out myself or even a note of explanation from the site that told me of my winnings.

I dropped a note to them and they had no idea and said they’d check into it.  As promised, the nice customer service woman sent me a note about 3 days later and let me know that the company was pretty much in startup but they had sent out my vouchers.  She said if I didn’t see them in a week to contact her again.

So much for the “check’s in the mail” moment.  Two weeks later I again reminded myself about these elusive products and sent another note.  This time-no reply.

Figured I tried too hard as it was and decided I was lucky to receive the first prize of various types of whole grain/rice side dishes.  I threw in the towel.

Then Saturday I received a hand written note from the company apologizing for having not gotten the vouchers to me sooner.

Living out in the “boonies”-I went on line to the company and did a search as to where I could find the product.  According to them I had to go to one of 2 Super Targets.  One was 21 miles away, the other 30.


Guess where we went?  I even called first.   After all, at 42 miles round trip, my “free” food was costing us 2 gallons of gas!  I was told that “in fact, we just re-positioned the freezer section to accommodate the items.”


Thankfully, we geared the day’s errands to include this store in the loop.  Why?  Because when we arrived and went to the “kids’ meals” section-they had another company that had the word “mom” in its title-BUT IT WASN’T THE PRODUCT I HAD VOUCHERS FOR!!

The manager apologized profusely-but didn’t offer to reimburse us for the time and energy spent due to the person who answered my questions on the phone.

Being slightly miffed-I sent a note to this effect to the customer service contact us area on the site.


I’m still waiting for a reply.


Luckily, I’m not really into giving the grandkiddos frozen dinners.  Just thought it would be an interesting change.


Never know-maybe someone will get back to me.  We’ll see.  Until then I’m feeding them fresh homemade food from grandma’s kitchen.